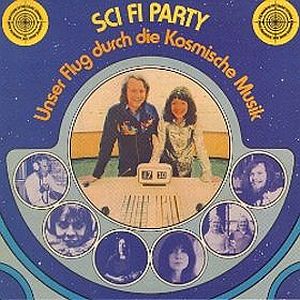 The fourth album from this German band in a matter of a few months back in 1974.

Dieter Dierks, later most known as the manager of hard rock band The Scorpions and Klaus Schulze is very much involved in this album too.

I am not a big fan of their previous albums. Too much twisting buttons and pointless electronica for the sake of electronica. I am not a fan of this type of music..