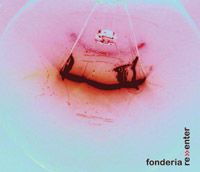 Their first album was quite a tasty jazz album and it got the band a lot of fans. So they came back with a second helping. This album, that is.

The band is a five piece on this album and the lineup includes a multitude of instruments. From all thinkable and unthinkable forms of woodwinds to piano, guitars, keyboards, bass and drums. The band brings a lot of sounds to the table.

Some of the music here reminds me about Miles Davis. Other parts reminds me a bit about Soft Machine. The woodwinds is mostly in the front while the piano and guitars are honking around in the background as a secondary leading voice.

The music is pretty laid back and not that aggressive. The music is still pretty intense and I find myself liking what I hear. Which is a long, good album which may be a bit one dimensional but still a good album. Jazz fans should really check out this album.