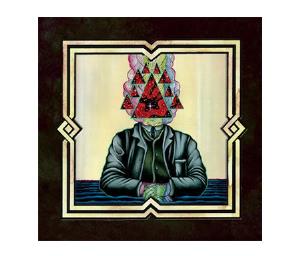 The band is a five piece band as far as I gather. Their lineup is guitars, bass, drums, vocals and some keyboards. And the band plays space rock.

Well, they call their music for stoner rock. I thought stoner rock was more towards doom metal that what the band is doing on Maui Tears. There is not much, if any, metal here. What we get here is weird, unhinged songs orientated space rock.

The vocals floats on the top of the music which is pretty spaced out at times. It is still mostly sticking to the verse-chorus-verse formula.

I very much like the greasy but still crystal clear sound. The songs are not all up to a good level. But there is enough here to make this a good album. A good three quarters of an hour long album. Check it out.