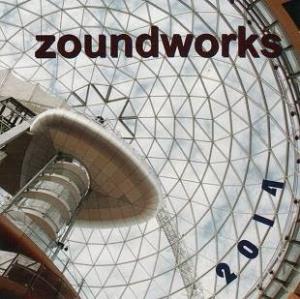 He has got help from some others on the very sporadic vocals here. The vocals are both female and male vocals.

I am not familiar with Life Line Project and their music. But I have been reliable informed that Zoundworks is not dissimilar to that band.

I don't really know Life Line Project. I intend to review their albums later this year. But I remember another Dutch band called Trace. The music on this fifty-one minutes long album reminds me a lot about their music. There is also a lot of Flairck in their music.

The music is very acoustic with a lot of flutes and strings like ukulele and mandolin. There is also a lot of piano and gentle keyboards here. The music is very melodic. But it is never bordering to being muzak. The music is pretty dynamic throughout. There are also some longing looks towards the Dutch pop scene anno 1965 here.

The end result is a good album which is lacking a great song or two. I am not he biggest fan of this type of music, but this album has some undeniable qualities. Check it out.