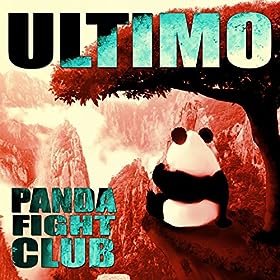 This band is a five piece band with a lineup of guitars, bass, drums, keyboards and Italian male vocals.

...And that is all I know about this band as they have yet to be included in ProgArchives, my normal source when it comes to info. Their homepage are also in Italian and that is not a language I speak.

There is a lot of buzz and talk about this band. Both in Italy and more abroad as in here in Scotland. Well, I am talking about them. Right here, in my living room. Buzz ? Well, buzz enough.....

It is also pretty melodic and pastoral inbetween these bursts of energy and guitar riffs. The vocals are very good and the melodies also got some jazzy stuff too. In particular when the keyboards are changing to a more organ sound.

The phrase "modern prog" springs to mind here. But the band is very much also looking backwards to the greats of Italian prog rock. Those bands from the 1970s.

The end result is a forty minutes long album which has a lot of good stuff, but not the couple of great tracks I would love it to have. Nevertheless, this is a good album and a very promising debut album. I hope we will hear a lot more from this band in the near future.