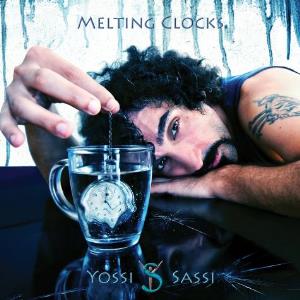 The debut album from this Israeli artist.

Yossi Sassi is most known as the founder of Orphaned Land, one of the most interesting metal bands of all time. A band who introduced ethnic folk and Middle-East flavours to the metal scene. Even the Scandinavian bands then copied Orphaned Land and did the same.

Yossi Sassi has now gone his own ways with a solo career and band. The first result is this album.

This album is to a certain extent following in the footsteps of Orphaned Land. But the music here is not as radical and ethnic as that band. Orphaned Land was far out there. Yossi Sassi is much more closer to the earth on this album.

What is also noteworthy, very noteworthy is that the music here is not particular metal. Take a mix og progressive rock and metal and you get it. I would say 65 % prog and 35 % metal. The music sounds fresh and vital.

Unfortunate, this one hour long album does not really include some great music. There are sporadic pieces of very good music here. But there are also some not so good stuff here where the music is just threading water.

The end result is a good album and one to build on. Which Yossi has done......twice. Reviews to follow. But check out this album.