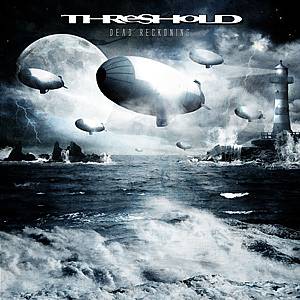 I have always had a soft spot for this band. So I was both worried and happy when they signed for Nuclear Blast. Worried that they would become a German prog metal band and happy that a big record label as Nuclear Blast agreed with my views on this band.

The lineup is the same and my worries about them becoming a German prog metal band was totally unfounded. Nuclear Blast has let Threshold do what they do best: Write and perform songs in the border territory between neo-prog and prog metal.

There are a lot of subtle differences here between this album and the previous album, the 2004 album Subsurface. Mostly because Threshold has updated their sound and included as lot of more interesting rhythm figures. The band sounds refreshed on this album.

This is Andrew Mac Dermott's final album with Threshold. He very tragically passed away in 2011. May he rest in peace and be remembered with fondness and gratitude.

The rest of the band also does a great job. Unfortunate, the same cannot be said about the songs here. The opening song Slipstream is a very good song and a Threshold classic. The rest of the songs is good, but nothing more than that.

I like this album a lot despite of only giving this three points. Check it out.