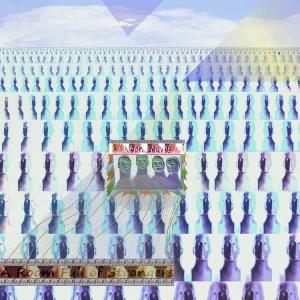 Neon Leaves is a quartet with the normal keyboards, guitars, bass, drums and vocals lineup.

I reviewed their 2013 debut album Cinema Verites back in June 2014 (21. June.... see review) and noted that their sound was very different from the normal British neo-prog fare. I mistook this band as a German band.

Cinema Verite was a pretty unusual neo-prog album with a lot of strange sounds and weird songs. Still a neo-prog album, but strange. And it is a good album too.

I am glad to report that this band has not changed their ways. The music on this thirty-six minutes long album is still neo-prog and wonderful weird.

It is obvious that the band is not following the normal neo-prog route and scene. There is a lot of weird songs and sounds here. The band sounds very European in their music. Very German in fact. I am still doing a double take here on their nationality.

The music is also pretty dark and full of soul. This is not a happy, cheerio album. It is rather dark and twisted.

The overall quality of the songs are good throughout. This album is very much an interesting album made by, I guess, some very headstrong individuals who follow their own path. Maybe this album is too strange for the average neo-prog fan. But I think they have hit the mark with the album.

My only complaint is the lack of any really great songs. Get that sorted out and we have a great band here. Keep up your good work, guys. You are onto something here.