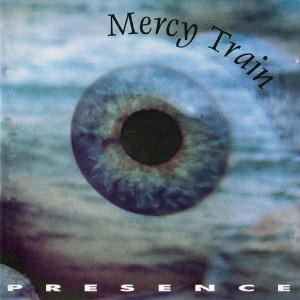 The one and only album from this British band.

Mercy Train was actually a bit of a supergroup. The five members came from bands like Threshold, Shadowland, Pendragon and Casino. All of these bands were there or thereabout in or around the neo-prog scene.

Karl Groom is the most famous band member in Mercy Train. He was the guitarist in the keyboards, guitars, bass, drums and vocals lineup.

The five band members did not really find their best form before well after this album had been released. That says a lot about this album. The band was meant to kick around for a long time. There has indeed been several attempts to resurrect this band since 1993. This without any success as their normal "dayjobs" in other bands has taken priority.

The music on this one hour long album is broadly speaking neo-prog. Neo-prog as in songs focused and a bit formula driven. Very much chorus-verse-chorus. Twelve songs on fifty-two minutes..... No epics here, in other words.

There is even ballads here inbetween the more faster and heavier songs. None of them are worth much attention as they are a bit uninspired and dull.

The overall quality is pretty poor to be honest. A couple of decent songs prevents it from ending up on my dinner table as my turkey dinner. And that is all I can say about an album I am happy to let collect dust in the back of my record collection. Don't bother about this album.