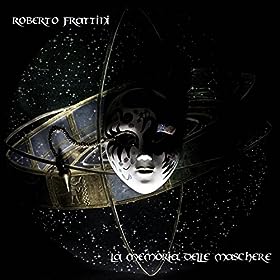 The debut solo album from this Italian artist.

Roberto Frattini is the vocalist in Sistra and he has also a long career in TV, movies and music. I don't know much about him so I will let that pass.

I don't know much about this album either. I got it from the record label Psych Up Melodies. This is a label who has specialised in psychedelic rock & prog. A very good label too.

This fifty minutes long album is well within the psychedelic rock genre. Add some Rock Progressive Italiano (RPI), Italian folk rock, Italian beat and a lot of blues too and you get this album.

I get the feeling that the recordings is many decades old. The sound is a bit iffy, although not bad. The songs has this beat feeling from the 1960s. I have heard albums like this before from the Italian beat bands of that generation. Bands who later developed into New Trolls, Le Orme, Banco and PFM. You get the drift.....

Roberto Frattini is the vocalist here and he get help from guitars, drums, bass and keyboards. The sound is pretty mucy psyched up and has a lot of eastern overtones too. The music is slightly weird, although melodic. This is indeed a psychedelic album. The Italian vocals also adds to the weirdo sound here.

I don't get the feeling that this album really represents Roberto Frattini the movie scores composer. This album is an oddity in his career.

The end result is a decent album and well worth checking out for those into Italian progressive rock.