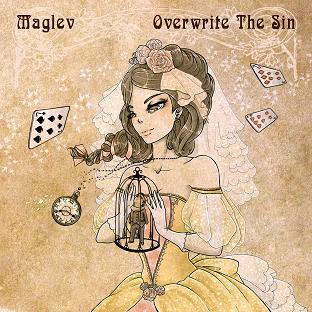 The fourth (?) album from this Dutch project.

Magev is Joost Maglev with friends. Friends who also includes the solo-artist Sebas Honing. The lineup is guitars, keyboards, violins, drums, bass and vocals. Mainly male vocals, but also some female choirs too.

Joost Maglev has also been a member of some other bands too. All of them in the symphonic prog and neo-prog genres.

This is very much where we also finds this album.

This fourty-eight minutes long album has got five songs. Five long songs between eight and thirteen minutes each. One of them are a bit in the modern prog metal mould. The four other songs are much more in the neo-prog and symphonic prog mould. Even in the pomp-rock/pop genres.

Very melodic and uplifting songs, in other words. Four of them, that is. The metal song too are a bit uplifting.

The songs are all good and this is indeed a good album. My main gripe is the lack of any great songs and the lack of some salt and contrasts. Too much sugar is my main gripe. Nevertheless; check out this album.