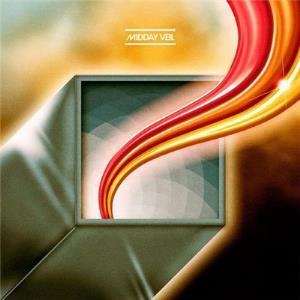 Midday Veil is a six piece band with a lineup of guitars, bass, percussions, drums, synths, computers and voices.

Yes, this is space rock. Well, sort of.

The band is basing their music around a multi-format stage show and this album is the soundtrack to these gigs and happenings. So what we get is a bit repetetive space rock.

I have seen Brainticket mentioned here. Can too has been mentioned. So we are in the realms of krautrock. And this is the best label on this album. Krautrock.

There is not an awful lot happening on this album. Not even after repetive listenings. The mood and the sound set to the stage show and the screens is the most important thing here.

The mood, music and sound is good though on this forty-two minutes long album. The music is very much under-stated and a bit anonymous. But this is still a good album where the good things are in the details and the moods.

This is a good spacy krautrock album and one every krautrock fan should check out. It is an album I like a lot.