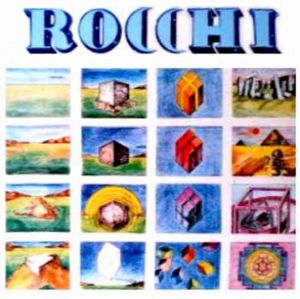 It is fair to say that Claudio Rocchi had a special career. His outputs were special and very diverse. Very, very diverse in fact.

This album is a prime example.

This album is forty-one minutes of playing around with some tapes, rewinding them, fast forwarding them and rolling them over until the end result is like the noises from a poultry farm.

There are some sporadic guitars and vocals here from Claudio. And those are horrible too. But most of this album is tapes being physically abused.

This is a horrible, horrible album and I want my money back. If you see me selling this album somewhere, don't buy it. Just so I can go out and dig a deep, deep hole in the ground and bury it there. If refound by someone, I wonder what those poor souls will make of it.

If these poor souls being aliens from a distant planet, I don't think this will reflect well on the mankind and the other inhabitants of this planet.