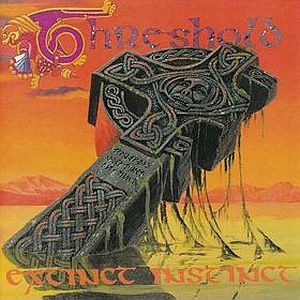 Threshold was starting to establish themselves as one of the bigger British prog metal bands at this stage of their career. And that was fully deserved.

Still a bit of a cult band, this six piece band featured Damian Wilson on vocals here in addition to plenty of guitars, bass, drums and keyboards.

The band has still a lot of neo-prog in their prog metal. Or a lot of prog metal in their neo-prog. They very much have their own style.

This is a sixty-seven minutes long album and it has some catchy tunes and some not so catchy tunes. Damian Wilson's vocals is a highlight in addition to the great keyboards and orchestrations. I also like the guitars here a lot.

I like Threshold and their one foot in each of the neo-prog and the prog metal camp. And I am not a fan of prog metal. Not at all. But Threshold has hit the right balance.

This is a good album and that is it. An album well worth checking out.