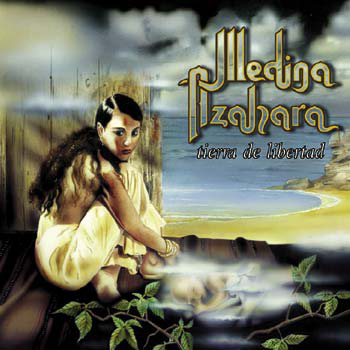 The eleventh album from this Spanish band.

Medina Azahara is legends in Spain and almost unknown outside this country. Which is both a pity and understandable as they are doing some very Spanish music. Music which does not translate well into other territories and markets.

The band has released a couple of good albums and some not so good albums. I still like their style and attitude. It is one of my guilty pleasures.

The band is a five piece entity on this album with a lineup of guitars, keyboards, bass, drums and Spanish vocals.

The vocals are performed by Manuel Martinez and they are the best thing about this album. They are very good, in short. A bit too theatrical and over the top. But still very much Made In Spain and contains everything we associates with this country.

The music is not good at all. Take pop and mix it with 1980s heavy metal. Add some local Spanish flavours and you get this album. The music is as relevant today as the T-Ford is relevant in today's range of Ford cars and models. This is a weak decent album which just about avoids the turkey yard.
Get other albums from them than this one.