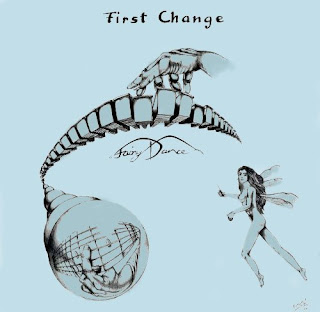 I know next to nothing about this band. The only thing I know is that this is a private pressing which is selling for a fortune on various auction websites. I got this as an MP3 file with a wish from the owner for me to review it. I agreed to write a short review.

The band uses both male and female English vocals on the top of bass, drums, guitars and keyboards.

The sound is pretty bad and I have been told that is indeed the case also for the LP. But it is not as bad as bootleg quality and the sound is good enough to make an opinion about the music.

The music is a mix of psychedelic and folk rock. That with some symphonic prog thrown in too. There is also a hippie and flower power feel over this album. Which is a big surprise for an album released in 1981.

This forty-two minutes long album does not really have any good songs and that is a shame. This band was probably not good enough to get a record label contract and I can understand why.

This album is not quite a turkey. But it is running very close to my turkey yard.