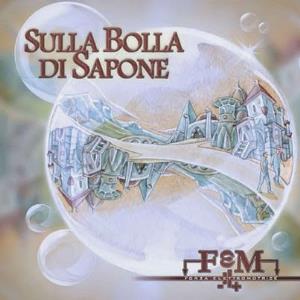 The band released an EP in 2012 named Epsilon, but this is their first album. First of many albums, I hope.

The band is a five piece entity with a lineup of keyboards, guitars, bass, drums and Italian male vocals.

And yes, we are deep into Italian progressive rock again. The RPI genre. A bit more of a modern take on RPI than in the 1970s. But it is still RPI.

The vocals are very good and the music is intricate and a bit symphonic. The mood is Italian throughout. The lack of Moogs and Mellotrons are therefore forgiven...... The keyboards sound is great, nevertheless.

The end result is a forty-four minutes long album with some songs and some more instrumental pieces.

There are no great songs here. But the sound and the music is very good throughout and the band can be added to the list of very promising new RPI bands. A great scene at the moment. This is a highly recommended album.