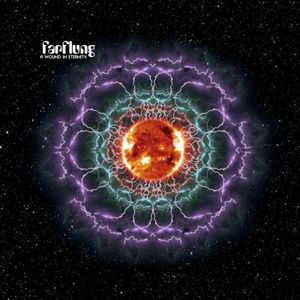 The sixth album from this US band.

This is my first ever meeting with this band. A trio with a lineup of synths, bass, drums, guitars and vocals.

The artwork does not give anything away. Well, some sort of prog rock, I thought. I was wrong. I does not take many notes and chords to reveal a space rock album. Not only space rock, but outer space rock too.

The music, make that space rock, is a bit minimalistic. But it still has all the right ingredients. Guitar walls, interesting use of synths which gives the music a cosmic feel and the right growling and whispering vocals. The bass and drums is also thundering away in the background.

The sound is not particular dirty. It very much reveals a lot of interesting details. Not at least, it also adds a lot of brutality and depth to the music.

It does not hurt this one hour long album that it has a lot of good songs too. Medium long songs, but still good. My only gripe with this album is the lack of a great chord or tune. But I really like this album a lot and regard this as a very good album.