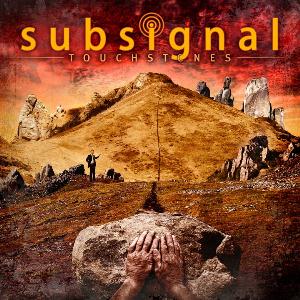 This band started out as a side-project of Sieges Even before the duo behind Subsignal quit that band and went full time with Subsignal. Which was not a bad choice, I gather. The band released their debut album in 2009. They actually release a new album every second year. Which is not a bad idea.

The band is a five piece with a lineup of guitars, bass, drums, keyboards and vocals. English vocals, that is. The album also gets a visit from an unnamed female vocalist on a couple of tracks.

The band is loosely labeled as a neo-prog band. That does not tell the full story here as there is not much neo-prog on this album.

Take a big chunk of prog metal and add symphonic prog. Then add some neo-prog too. This is where we find this band and this seventy-five minutes long album.

The music is very heavy at times. Crushing heavy with a lot of heavy guitars. On other tracks again, the music is not that heavy.

The music is mostly symphonic and bombastic symphonic. There is also a lot of interesting details here.

I am quite enjoying this album although it does not really have any great tracks. This is a good album though and I have just purchased their last two albums and will review them too. Check out this band.