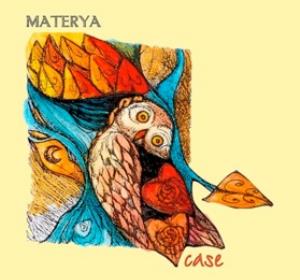 This is the debut album from this AltaVia side project. Who, you may say. OK..... We are in Italy now and AltaVia is an Italian neo prog band who released one album some time ago. I have reviewed it, but is unable to remember much of that album.

Materya and this album has been unleashed through Rob Reed's (Magenta, Kompendium) own record label and the music is female vocals focused pop/rock. Well, make that female fronted progressive rock. The vocals are both in Italian and English.

It is pretty obvious that this band is latching onto the English/European female fronted prog rock band wagon. I like this type of prog rock a lot. The best bands in this scene, that is. Materya is not adding anything to this scene besides of some Italian vocals songs and their Italian origins. The vocals are great but all these bands have a great female vocalist. You would not choose a crow to front music like this. The music itself is pretty bland with tonnes of keyboards, the obligatory guitars, bass and drums. The male vocals supporting the female vocals is also good. The duets are good too. And to be fair; most of the music is good here. So good that I am awarding this album a weak three pointer. This album is not particular exciting though and is not raising my pulse at all. So there we go.