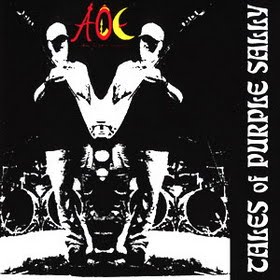 A very obscure German krautrock band who released around ten albums between 1973 and 2005. Tales of Purple Sally is their eight or so album.

Alex Oriental Express sound can best be described as a mix of Indian music and Americana. The music here is song based without any krautrock powertrips. In this respect, this is an Americana album. The first five minutes is krautrock though. Ditto for the final ten minutes.

The result is a decent album which I cannot really say interests me. The Americana element is too overpowering here and I am not a fan of that genre. But I have heard worse albums in my life. This album is as obscure as it can be and deserves a bit more attention. Attention hereby given.