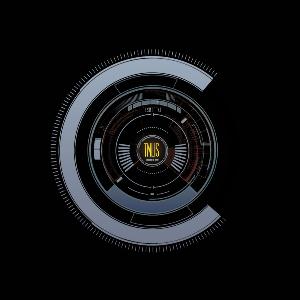 Cosmograf is Robin Armstrong's project and he hires in other musicians for his so far four neo prog albums.

The previous Cosmograf album When Age Has Done Its Duty from 2011 was excellent. It was no doubts Cosmograf's breakthroug album too and created some big waves in the scene. The Man Left In Space is the follow up album. And it is also a very ambitious concept album project about a man left in space. The lyrics describe his life there.

Concept albums is in most cases creative and commercial suicides. We are talking the nerdiest of all nerdy things to do. In Cosmograf's case, there is also the small matter of keeping up the interest and harness the interest created through the  When Age Has Done Its Duty album. In short; Robin Armstrong has done a very brave thing by releasing a concept album. He is far braver than me.

... But he has pulled it off. Not only will he keep the fans he got through  When Age Has Done Its Duty. He will also add additional fans too. The Man Left In Space is a very modern sounding concept album who weaves itself through a largely electric landscape where the great vocals is doing the narrations. The music is surprisingly enough dominated by both electric and acoustic guitars. I was expecting to be bombarded by a cascade of keyboards and is pleased that this is not the case. The many good and long guitar solos is a joy to behold. Those and the vocals.

There are some really superb songs here too. My only gripe is the lack of some really killer tracks. But all songs here are great and the concept makes sense.

I have myself been one of the many converts championing this band after the excellent 2011 album. It is nice to be proven right for a change. I am positive surprised by this album. Cosmograf has in my eyes and ears established itself as one of the best neo prog acts now.