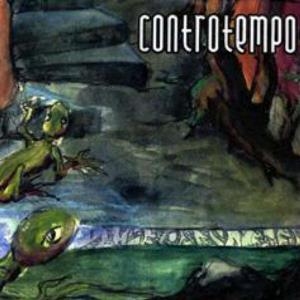 The debut album from this Italian band, released eight years after the band split up. This album was supposed to be released in 1998. Psych Up Melodies had thankfully picked up this album and released it earlier this year.

We are deep into RPI territory here. Lush Italian progressive rock with Italian vocals, Hammond organs, guitars, piano, bass and drums. The sound is very flowery and pastoral. The music is the typical Italian blend of folk, symph, fusion, pop and rock. This album is pretty much a middle of the road Italian prog album, sound and music wise. The vocals are very good.

Very good is also the music here. I really like their sound a lot. The very lush sound is a good advert for this scene and Italy in general. Do I have any chianti or Italian wine in my house tonight ? No. That is a pity because this album is the perfect soundtrack to a night in the garden with Italian wine and food. The party mood will hit the moon, guaranteed.
My only gripe is a couple of disco/euro pop orientated songs which spoils this party and the lack of any really great songs. Besides of that, this is a very good album which I will play again on a much warmer night than this one. This is not an album for frosty nights. Besides of that; a very good album.