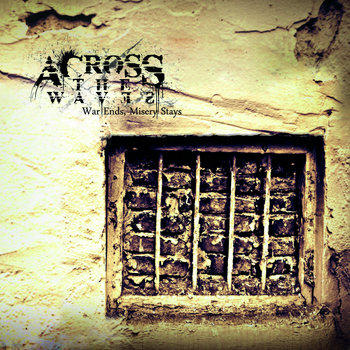 The debut album from this Iranian post rock band.

Iran is perhaps most known for it's prog metal scene and for a banned black metal band who are playing the Inferno festival in Norway this year. Post rock is not what I did expect from Iran. Cool, breezy post rock, that is. Post rock with a lot of shoegaze in it and not any middle-east influences at all. I first of all thought this was another American college band who had been listening far too much to Sigur Ros. But no, Iran it is.

The Sigur Ros influences is pretty obvious on this seventy-seven minutes long album. There are some heavy guitars here too who draws influences from post and prog metal. The ambient stuff is also pretty much in play here. The band builds up a lot of moods on the rather long songs here. Some songs hits the ten minutes mark. Others are more like down to five minutes long. Radio friendly, this album is not.

The melodies takes a long time to develop and open up. When they opens up, not much is happening. I do like most of the songs and I understand what they are aiming at. The band knows what they are doing and I urge them to keep up their good work. There is nothing wrong with their formula. My gripe is the lack of any really great songs. Besides of that, this is a good album. Link below to the streamed album and you can make up your own mind.