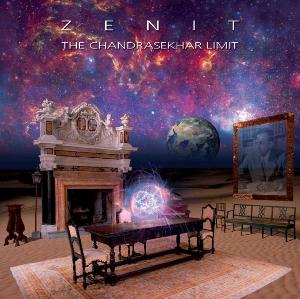 The third album from this Swiss neo prog band.

Zenit is one of those bands who operate somewhere between straight pop/rock and the likes of Pink Floyd. Throw in some early Marillion and you get the picture. The songs are pretty long with a twenty-five minutes long suite closing this seventy minutes long album. The setup is the normal neo prog setup with tonnes of keyboards, guitars, bass and drums. That and some good vocals.

The problem with this album is the blandness. Nothing offensive and nothing that really makes me sit up and listen. The album meanders nicely to the end. A long and pretty dull instrumental part in the middle of this album makes it hard to keep awake too. This album is like being put on a spice and salt free diet by a doctor. No bite and not much taste either.

When that is said, this is not a bad album. It just does not cut the mustard in a market overflowing with new neo prog albums at the moment. This is an album for those who likes their neo prog more ambient than full of actions. It is a decent to good album.