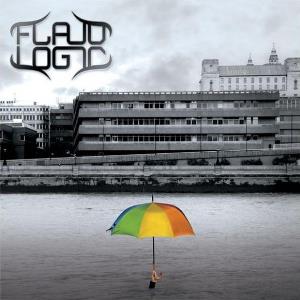 Flaud logic may mean flawed logic. Which may describe the music on this album. Music which is all over the place. From Dream Theater like riffs to female fronted prog to Caravan, Pink Floyd, AOR to Yes and Genesis. This album visits most bands and most genres.

Playful prog rock is probably the right label on this album which surely will give more reviewers than myself a lot of scratched heads......... and joy. The band has clearly set out to have fun and to explore their favourite music genres. That does not make great albums though. Or for that matter; good reviews. This album is a genre smashing album where all genres becomes one genre. Where Chick Corea like piano solos sits side by side with Dream Theater guitar riffs.

And yes, this album is also very cheesy in the typical American way. Self-restraints is not a trait the Americans is most known for. Flaud Logic has pushed the boat out and released a typical American prog album. It is as big as USA itself. It has as many diverse communities as USA itself. It is as impossible to describe as USA. It is still a good album which may require some years to fully digest.