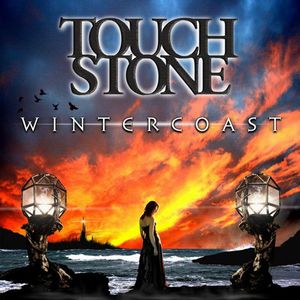 The difficult second album from this English band. Difficult because the band is now established and is supposed to set out their agenda on their second album after the joy and excitement after the debut album has faded away. Bands always finds the second album difficult. And so do we reviewers too.

Touchstone sets out their stall on the market with this album. An album which starts with the power/symph prog like title track where the famous actor Jeremy Irons does the narrations. A mix of ELP and Symphony X, it is. That is with a strong theme. A great song it is. So this is a power metal/prog album then........ ? Nope. Touchstone has established their very own niche in the market with their mix of beauty and the beast. The beast is Adam Hodgson's harsh guitars. The beauty is Kim Seviour's (female) vocals, helped out by Rob Cuttingham vocals too.

The essence of this band is the balance between these two extremes. On this album though, I feel the balance is more towards the beauty than the beast. Kim Seviour is an excellent vocalist though. But some of the songs are too sweet and too banal. The rest of the songs still follows the Touchstone formula with complex  epic, symphonic prog like arrangements. Of the new wave of female fronted English bands, Touchstone is by far the best band of the lot.

Wintercoast is the weakest of Touchstone's three albums, I am afraid. The best song is the title track. The rest is good though. Hence......