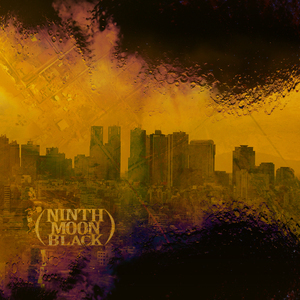 The self titled debut album from this US band. They have so far released three albums through Bandcamp. Their third album was released last week. I will review that album a.s.a.p.

Ninth Moon Black plays instrumental post rock with metallic edges. Perhaps the correct label is post metal. Experiemental metal too is a good label. Their music has nothing to do with heavy metal. Let me put it that way. Their music also draws a lot on jazz too, although that is not evident in the music.

The instrumentations is guitars, bass and drums. The music has all the hallmarks from post rock with ebbs and flows. The music is a bit intense, but not particular powerful.

The sound is good and the musicians does a great job. The material is a bit anonymous and does not have a focal point. There is no great music here and nothing I really like. This is a decent album though and well worth the bother. As a debut album, this is a good effort and just that. But music wise, this is not really up there among the good albums of this world.

Get the album from here