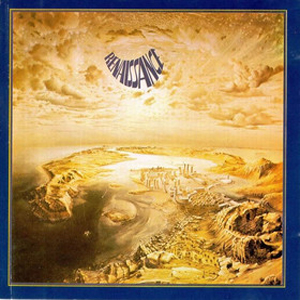 The debut album from highly influential band. One of my favourite bands.

Renaissance is the name and the band is mostly remembered for the Michael Dunford and Annie Haslam version of the band. A version now touring the world again. It has just released a great live album. The Haslam/Dunford setup is why people love Renaissance.

The 1969 setup consisted of John Hawken, Keith Relf, Jane Relf & some other musicians. It was a splinter group from Yardbirds. This version of  Renaissance later formed Illusion after Haslam and Dunford got the Renaissance name after the first two Renaissance albums. A long story which I have forgotten.

Back to this album again..... The album has a flower power pop sound and that is what the music is. Flower power pop music with some classical music influences. The music is mostly performed by tangents, bass and drums. The guitars here plays a secondary role. The vocals are OK, but not as great as on the Haslam era  Renaissance albums. The quality of the songs are not that good either. There is no real great songs or even good songs here.

I regard this album as more an Illusion album than a  Renaissance album. If you are looking for another great Haslam dominated  Renaissance album, you will be disappointed. In it's own right, this is a decent album, but nothing more than that.