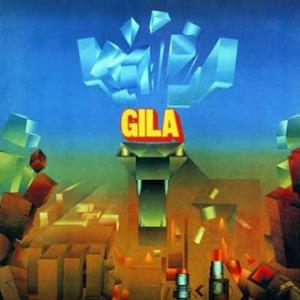 This German band released only two studio albums (and a live album) in the beginning of the 1970s and then disappeared. But they are still regarded as one of the alltime great Krautrock bands.
This is their debut album and my first ever exposure to this band. I have been listening to this album on and off for the last weeks.

Starting out with riffs that reminds me a lot about Jimi Hendrix epic Voodoo Chile, this album takes a sharp left turn after a couple of minutes and heads into the direction of Agitation Free. Krautrock is a very divers genre pretty as it only describe a scene in a country which were experiementing with space rock and electronics at that time. It was a pioneering scene which has spawned some other genres too. House, electronica etc etc. But Gila is on the space rock side of the genre. Long minimalistic hypnotic jams is what we get on this album. They are performed with plenty of bass, drums, guitar solos and keyboards. That and some vocals used as sound effects. The sound quality itself is pretty good too.

The songs/jams are pretty uncomplicted and does not include a lot of intricate details. But they are effective and serves it's purpose. There are some good melodies here too. Like for example the final minutes of Kommunikation. But the overall quality is not as great as the first Agitation Free albums, the standard bearers in this genre in my opinion. But this is still a very good album well worth checking out.