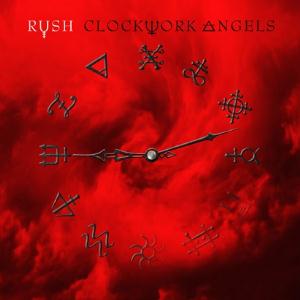 I guess this is an album I will enjoy more and more in the coming decades as I have done with most Rush albums. I also see no point in writing a long review about a much reviewed album. An album which has won universal praise. And with good reason.

Rush moved to Roadrunner Records after getting a pretty shabby treatment from the likes of Mercury and WEA for the last two decades. The marketing from Roadrunner has been brilliant though. I am not sure if that is the reason Rush more feels like being reborn anno 2012 than a veteran band. There is nothing old and old age pensioneers about this album and the new Rush. The new Rush is a young, vibrant band. That despite of the average age of Neil, Geddy and Alex being around the 60 mark. It is a rebranding of the Rush brand which really thrills me to the bone. This album excites me even more, though.

Starting with perhaps the weakest song on the album, the two years old single Caravan, the album both thrills and surprises on all levels. The epic title track follows after the now well known BU2B (the B side of the Caravan single) and Clockwork Angels is perhaps one of the best songs they have ever written. Dark, epic and very infectious. From there on, this album becomes a triumphant journey through some of the best songs Rush has ever done. Seven Cities Of Gold, The Garden, Wish Them Well and all the intricate details in Geddy's, Alex and Neil's playing. Geddy's voice, who was awful on the Time Machine live album, is brilliant here. Ditto for Alex guitars. Brilliant, absolute brilliant. Neil has gone through hell many times over this decade. But he has returned stronger than ever. Both his drumming and lyrics is fantastic on this album. What a fantastic human being !

It will take me much longer time than ten days to form a firm opinion on this album. But I am in no doubts this is their best album since Hemispheres. It is a triumphant return and a proof that Rush is perhaps the best band around these days. And I would like to have a drink of whatever they are drinking. I think it is called the fountain of youth. Hey, this album makes me feel young again.