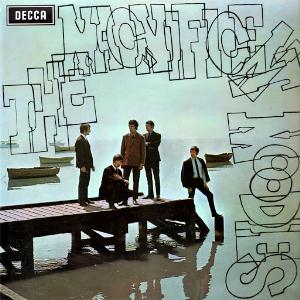 In my run through the big discographies, I am now turning my attention to this band.

The Magnificent Moodies is beat and pop anno 1966 before The Beatles blew the doors of the hinges with their Sgt Peppers album and opened up the doors to the type of music The Moody Blues later did. The music on The Magnificent Moodies is simple beat. And I don't like this album at all. I find nothing good to say about it as this music is the type of music I deeply dislike. There is a hit single on this album. I do not know whom. For me, this album is best avoided and will be put in a box in a dingy dungeon in my castle. It will never be played again.