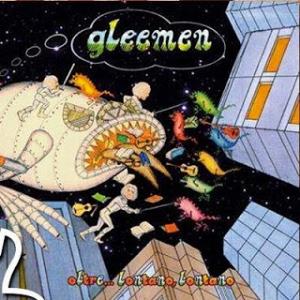 The second album from this Italian band. Their debut album was released in 1970 and the band probably hold the world record for the longest gap between their first and the second album. And yes, their new album is a new studio album.

Forty-three years has passed between their first beat album and the band has neatly bypassed everything who has come and gone during those years. The music is pretty hard rocking at places with the guitars and vocals setting the tone. The band still plays a form for beat music. The opening track Anima Di Gomma sounds like a Rolling Stones track. The album branches a bit out into the rock and psychedelic rock genre after that. There are some folk rock here too. The keyboards, guitars, vocals, bass and drums gets some help from violins, acoustic bass and saxophones too.

This album is basically a rock'n'roll album. There is no really good songs here and some of the music is also leaning pretty heavy on the late 1960s Italian pop tradition. The tradition who gave us numerous hits and various melody festivals. The world according to Gleemen stopped at midnight 1969. Which is fair enough. Their music is still relevant in some quarters and I am pretty much in a minority here who don't really like this album. I don't really like rock'n'roll any longer. It has to have some good songs and this album does not. Hence my verdict on an album which is not too bad but who is not delivering the goods I want.