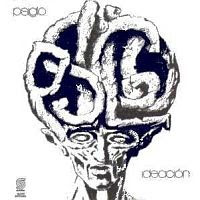 The debut album from this Uruguay band. Uruguay is not a country with a well known rock and pop scene. This is the only band I have ever heard from this country if my memory serves me right.

The music on this album is a mix of the popular genres from that time. Most of it pretty hard rocking. You get psychedelic rock, a bit blues, a lot of harder pop music, a lot of rock, funk and even some reggae here.
The music is performed with keyboards, guitars, drums, bass and Spanish vocals. All of it competent enough. The sound is OK too.

The album has one very good song and that is the second track here; En Un Lugar Un Niño. That is a very catchy rock number. The latin pop song Catalina is also a good song. There are also some other decent songs here.

The end result is a decent to good half an hour long album which has some good stuff and some not so good stuff. Check it out if you can.