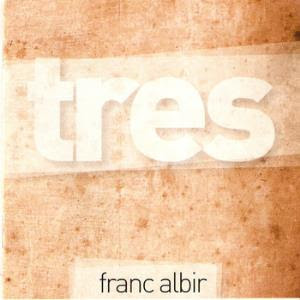 I have previously reviewed their Hoc album which I mistakenly listed as  their second album. It is in fact their fourth album and the follow up to this one. Hoc is also pretty much different from Tres.

Tres gives us one hour of pop with Spanish vocals and some ambient soundscapes inbetween the Spanish pop music. All the ingredients for love, hope and desire pop music is here. Spanish male vocals in the passionate lover mould, keyboards, some guitars, bass, percussion and drums.

The quality is not that good. The ambient stuff is the best ones here. The pop music too calculated commercial. The music is too simple too and offers nothing in details and textures. This is barely a decent album and far from what I expected from this band. It is barely....