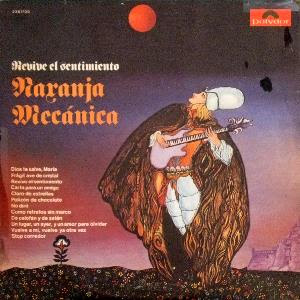 The debut and final album from this band from Argentina.

I know next to nothing about this band so let us bypass the biography. The music is what counts here. Naranja Mecanica was a female vocals fronted prog rock band. Kind of a prog rock band because their music was pretty much piano rock and folk music orientated.

In other words; we mostly get piano ballades here with some keyboards and guitars thrown into the mix too. The music on Revive El Sentimiento reminds me a lot about the more commercial and pop orientated Renaissance albums. I suspect the band was pretty inspired by Renaissance. Both the Jane Relf and Annie Haslam versions. The difference is that the vocals on Revive El Sentimiento is nowhere near as good those two vocalists.

Revive El Sentimiento also have a pretty poor sound. That can be explained by the not so good studio they used. Argentina anno 1977 was pretty poor. The sound is dated, to say at least.

The end result is anyway a decent album with a couple of good songs. I would check it out if anything above is of any interest.