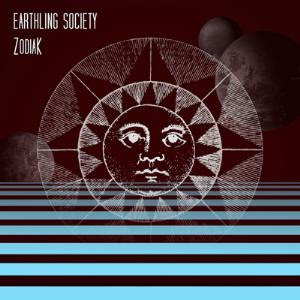 The seventh album from this English band. Please note that this is a review of the CD version of Zodiak and not the LP version. Those two are pretty different mostly due to the limitations of an LP. The CD version is seventy minutes long.

As you may have noticed by the band name, we are deep into space again. Space rock, that is. It is really a toss up between space rock and krautrock, though. This band has taken a lot of influences from both Agitation Free and Hawkwind.

The sound is downtuned and spaced out into outer space. Two of the compositions here are over twenty minutes long. The music is pretty hard with very little ambient stuff. Fred Laird's guitars are shredding through the six compositions like a fox is shredding through a poultry farm. Most times both dissonant and disharmonic. It is still a joy to behold. He is supported by some vocals, thundering bass and drums. Some synths and saxophones is also helping out here.

The end result is a very good album. It is a great album for those into space rock and spaced out krautrock. Some great songs would had elevated this album up a notch. It is still worth checking out.