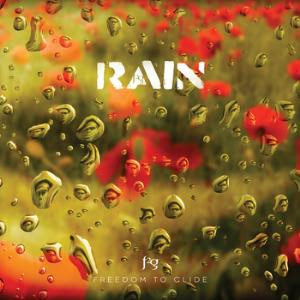 The second album from this UK band. I have been listening to this album a lot lately without really becoming so much wiser.

Melodic rock is the basis. Pink Floyd, the David Gilmour era is a good start too. The two leading lights in this band also plays in a Pink Floyd tribute band so that is a natural comparison. The added celtic rock feel and the open melodic type of prog rock makes me draw comparisons with Kompendium. Yes, Kompendium's 2012 album Beneath The Waves is a very good reference here.

Rain is also an hour long concept album about WW1, also called The Great War. The 100 years anniversary is next year, 2014, and I expect this anniversary will see some similar concept albums. Which is both good and fair. Bring them on because the story on Rain and other similar stories needs to be heard.

The male vocals are great. Ditto for the sound samples, the mood, the orchestral symphonic sound, the guitars, keyboards, flutes, bass and drums.

The music is somewhere between very good and great though. There is no really killer tracks here. But the concept is great and ditto for the sound. It is a concept which bites and makes an impression. Hence my weak great rating for this album. Check it out on the link below.