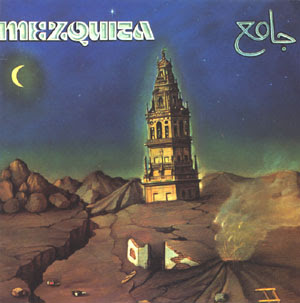 Mezquita has often been described as a prog rock version of Medina Azahara. Something I agree with. Recuerdos De Mi Tierra is a wild, untamed hard rocking, flamenco based prog rock album. The album can also be compared to the first Mahavishnu Orchestra albums too when it comes to intensity and musicianship. First rate musicianship all around.

The musicianship is outstanding and the album is full of great, intriguing details which makes up for some good but not great songs here. The majority of the songs are great though and Recuerdos De Mi Tierra is easily one of the standard bearers of Spanish prog rock. It is a great album in other words and one I really enjoy.