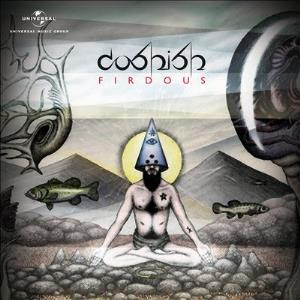 The debut album from this hindu band from India.

Progressive/art rock from India is not what I am used to. I think there are a handful of other prog rock bands from India and some death metal bands. Coshish is also a hindi vocals band and is promoting hinduism on their album, if I am not mistaken. That is a first for me.

Firdous is an hour long album with a great sound. Crystal clear sound as the water from the glaciers in Himalaya. The music is performed with guitars, bass, drums, hindi male vocals and some keyboards. The vocals is great, btw. Music wise, it has some metallic chugging guitars. It also has some great melodic stuff. Most of all; this album gives me associations to the likes of Rush, Porcupine Tree and King's X. The band has not fallen for the temptation of going down the exotic Indian path with tabla drums etc etc. The vocals are hindi and the rest of the music is solid rock. Although, some of the freshness in their music is probably down to their background.

The music is really fresh and lively on this album. The guitar and vocals harmonies is great. A couple of great tracks, including the single from this album Raastay, is also making this a great album. I have been listening a lot to this album and it has given me some great grins too.

This is a great debut album and I hope we hear a lot more from this band.