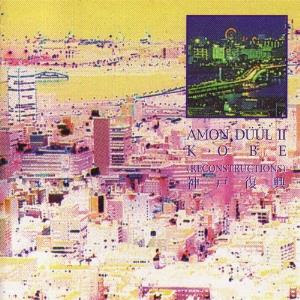 ... And a bit of a U-turn too. For a moment, I thought this was a Amon Düül album instead of an Amon Düül II album. It sounds like one of the gross underwhelming Amon Düül albums.

Kobe is a basic krautrock album with improvised music over a couple of bass and melody lines. It is also over an hour long and that is not an hour well spent.

Guitars follows guitars on bass and drums structures most beginners could had come up with. No vocals, thankfully. That is it.

There is not much melodies and structures going here. Not to mention concepts and ideas. This is a waste of time, money and space. A turkey, it is.