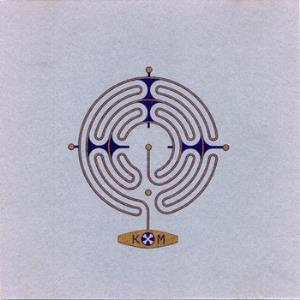 The third and so far final album from this German krautrock band.

The previous two albums were pretty hard metallic growling affairs where the listener was hit by a wall of sound. A wall of disharmonic guitars, that is. Krautrock meets metal and sludge. This album though is a very different kettle of fish again.

The band has gone far more indie rock and ambient on III. The music is still spacy and you get the occasional guitar walls with some feedbacks and distortions. The main emphasis is half accoustic guitars and vocals though. That and bass with drums in the background.

This album is sixty-three minutes long divided on eleven songs. That means this album is more songs orientated than spaced out as their previous albums too. They have in the process lost some of their charm and is now demanding to be taken as a serious space indie rock band.

That is a bit difficult without any really good songs. The album is middling along here. The sound is good and there are some good ideas along the way. There are also some dull moments here too. I land somewhere between decent and good on this one, a free download album. Check it out yourself.