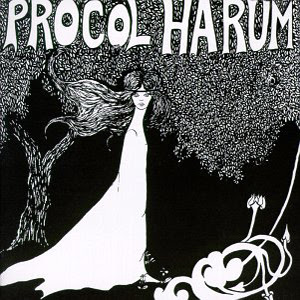 Originally published in ProgArchives on 11. December 2011

The debut album from this rather obscure band.

It can be argued that this band very much set the likes of ELP on the course to release their albums. ELP off course evolved out of The Nice and adopted their sound and music. But there is also a lot of Procol Harum in their music. As an ELP admirer and a member of the symph prog team, it was therefore pretty important to check out this album.

And what a delight this "task" was too. I got the US version of this album which also include their massive A Whiter Shade Of Pale. But the original UK version of this album strangely enough does not include this massive hit. The original UK version is plodding along nicely with some cabaret inspired rock music from that time. This is a good album in it's own right. But this album really becomes very good with the US bonus track A Whiter Shade Of Pale. A song that has been played on radio and TV a zillion times and has been covered by a lot of artists. A massive song based on Bach just as ELP and other bands also copy Johan Sebastian Bach. A Whiter Shade Of Pale is an excellent track.

In short, this is a good album in it's own right and a very nice listen on a Sunday morning. The bonus track A Whiter Shade Of Pale lifts it up to a very good album. This album has made me very interested in their other albums and I will proceed accordingly.