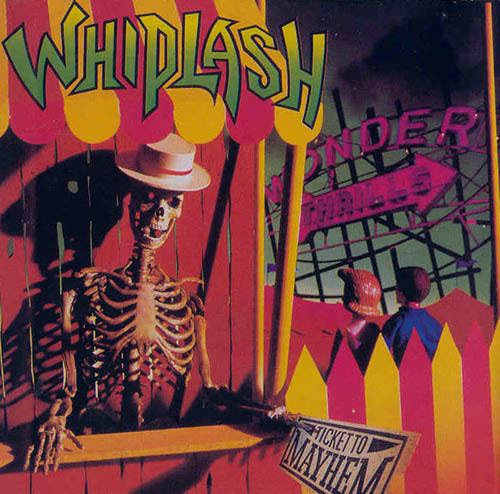 In the thrash/speed metal wave at the end of the 1980s, this album stood out from most of the crowd and has been hailed as a semi classic. So much that Displeased Records recently re-released it with their debut Power And Pain as a bonus disc.

Ticket To Mayhem was their second album. I remember their Power And Pain debut as a much more straight forward speed metal album. Ticket To Mayhem on the other hand is a mix of NWOBHM and speed metal. A mix of Metallica anno their debut album and the likes of Diamond Head and Iron Maiden.

The sound  is a bit dirty (I am reviewing the original album). The music is a mix of hard speed and some heavy metal which does not really hit home, 25 years after it's release. But most of all, most of this album sounds like left overs from Metallica's Kill Em All album. There is a lot of new bands releasing albums like this now. Thrash/Speed metal has returned but it is no longer my world. Anno 2012, this is hopeless music.