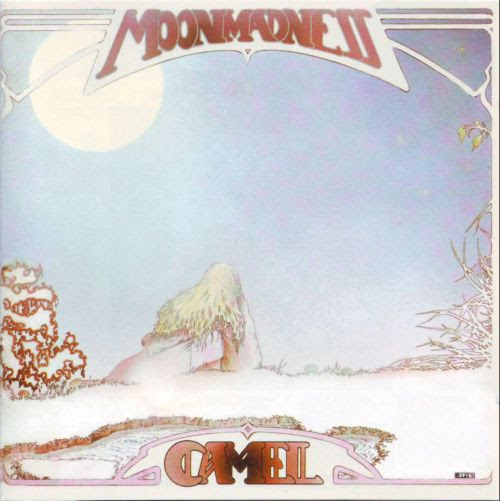 Camel got two pretty big hit albums in their two previous albums Mirage and The Snow Goose. Moonmadness is their fourth album and the follow up to these two albums. Where both The Snow Goose and Mirage was pretty easy accessible albums, Moonmadness requires a lot of patience. It has a lot of different layers which needs to be peeled off before the juicy bits appears.

Camel still relies on the long instrumental parts with some occasion vocal parts too. The long instrumental parts are not that based on classical music as on the two previous albums. Moonmadness is a lot more worked through album overall and does not take any cheap shortcuts which made me pretty fast tire of both the Mirage and Snowgoose albums. I have given Moonmadness a lot of more time than usual for a Camel album. Mostly because I like it that much.

The best song is the busy, jazzy Lunar Sea on a great album which just continues to give and give. This is a great Camel album and makes me want to discover more from this band. I cannot say I got the same urge after listening to their previous albums...