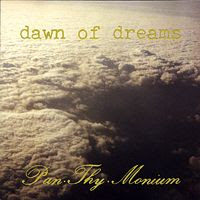 The debut album from this band and an album who created quite a stirr back in those days.

This album is by no means straight death metal as expected from all albums at that time. There is in fact a lot of avant garde stuff and some very strange notes on this album. That includes some jazzy stuff too. Pan.Thy.Monium was one of the first avant-garde death metal bands in the scene and responsible for a lot of the bands who followed in their footsteps.

Dawn Of Dreams still hold up against the advent of time. The death metal is at times a bit too standard. But the avant garde and jazz stuff sounds good. The sound is dirty and the same goes for the growling. This is a good avant garde death metal album and one for those who loves this type of music. Unfortunate, I am not one of this flock though. But this album still sounds good to me.