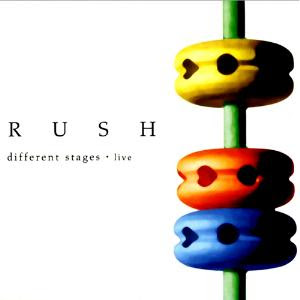 I have just re-found a review I did of this album in a web fanzine I ran 8- 10 years ago. I am including that review and hundreds of other reviews on my homepage. So I better listen to it again. I was full of praise of this live album when it was released. I loved it and gave it full score. It is still a superb live album. But it's main problem is the other live albums which followed after the comeback of Rush. In particular the superb Rush In Rio. These albums are so much fresh and livelier than this one. I get the feeling that Rush is a bit standoffish, laid-back and tired on the first two discs of Different Stages.

Don't misunderstand me; Different Stages is in it's own right superb. In particular the third disc with the concert from Hammersmith from 1978. The songs are great, Rush are as usual superb. But that little x-factor which both Rush In Rio and S & A Live has, is missing from Different Stages. But Rush never ever release bad live albums. But I still prefer all their other live albums to this one.