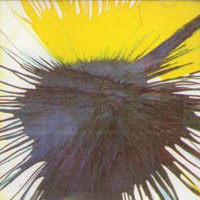 My hopes for an Italian Genesis copy band was dashed during the first minute. The album starts like a rocket, fueled by some jazzy diesel.

Tutto Deve Finire is the only album from this band who appeared and disappeared again pretty quickly. The album is pretty short and intense. The sound is excellent.

The jazzy start of the album is a bit of a false dawn. The music on this album is mostly a mix of Led Zeppelin and Jethro Tull. Hard and folk rock in a nice combination with Italian pop music. In this respect, this is a pretty traditional Italian album.

This album is an album that grows on the listener over time. I did not like it at all during my first two listening sessions. A couple of weeks later and this album really resonates with me. Tutto Deve Finire is indeed a very good album which is sorely missing a couple of killer tracks to really make an everlasting impression. Check it out if Italian hard and folk rock is your preference.