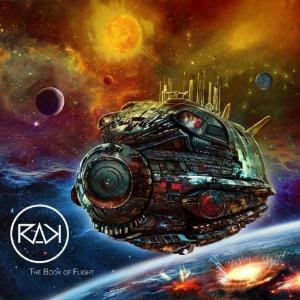 A Swiss band with two albums under their belt.

Their music is a blend of prog metal and neo-prog. The first three songs on this album is neo-prog before the album goes prog metal at the final part of the album. The album is very ambitious and has a big sound with cascades of guitars and keyboards. The vocals is pretty good too.

The lack of any great songs to back up the ambitions is a major problem though. The songs weaves itself through the hour it last without really impressing me that much. It is almost a run of the mill album. It is actually a run of the mill album where the band want a lot, but cannot deliver. But it is still a good album which should hit it's target audience with some good marketing.