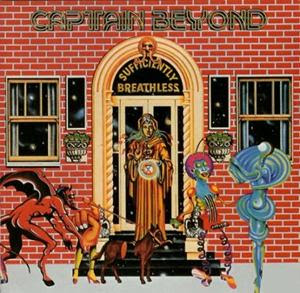 Rod Evans was the vocalist on the first three Deep Purple albums. He started up this band which basically continued along the lines of those three albums. This, their second album out of in total three albums, is a lot more progressive than the two other albums. Unfortunate, without the big ideas and good music.

The only good stuff here is actually in the Canterbury vein with some good groovy jazz melody lines. But the rest of the album is not enough of these to keep my interest throughout the thirty-six minutes. This is not my type of biscuit. But I am sure fans of heavy prog and pre In Rock era Deep Purple will love this album. Those into the Canterbury scene should also check out this album.